So where were you 10 years ago?

Making more money than you were entitled to? Getting involved in a drug-fueled polyamorous relationship? Thinking about how after almost 20 years of prescience, Prince's 1999 might become oddly irrelevant?

Okay, you may be forgiven if you weren't having as much fun as you should have been having during the dot-com VC era. (Not by me. But whatever...) But there's no absolution if you weren't at least listening to some interesting music. This was the time of Napster's infinite-mp3-download-orgy, fer chrissakes!

I know, I know, there doesn't seem to be much nostalgia for that time. For comparison, it was only 10 years after Kent State that the creative process began that spawned The Big Chill. And not only am I unsure that this generation is capable of such a piece, I'm unsure that anyone is even interested in trying!

A lot of people are entitled to their share of bitterness over the burst of the dotcom bubble. Someone sold a lot of kids on the idea that the Brave New World had been reached. And when that wave of prosperity which brought us there — for a happy, shiny moment — rolled back violently, these kids found out even drugs wouldn't help.

But it's time for us to realize that the brevity of the whole dot-com era helps us distill its magic, as well as that bleakness which followed (and still continues to this day). At the time as someone who was older than most of the people I knew, I'd seen enough shit to enjoy the good times while they were there — and this attitude continues to inform my perspective.

But enough philosophizin'. If you love music like I do, these albums should trigger whatever nostalgia you feel is deserved by those times. Or maybe we can just be fascinated by the fact that 10 years from now, it's doubtful that the word "album" would even be applicable to such a list.

This list isn't in any particular order, but even so, I think this is a great place to start.

Today bands like Phoenix and Animal Collective think nothing of fusing elements of what used to be called "electronica" into a "band" context. But when the group that inherited the mantle of "The Greatest Rock Band in the World" from U2 seemed to barely unpack their guitars from their cases — in favor of sounds more akin to Aphex Twin — it was a bold step into the future.

Of course, the reaction from the rock crowd was a bit hyperbolic. If you listen to it now, Kid A is hardly a rejection of all things rock. The acoustic lament "How to Disappear Completely," the fuzz bass in "The National Anthem," the electric piano in Morning Bell — all of these represent a record grounded in song sensibility.

But yes, all these years later, as a DJ you can still work "Everything In Its Right Place" in its right place. Hypnotic — and propelled by the Fender Rhodes electric piano that defined this era in the band's history — "Everything" is a full, unabashed embrace of a new kind of pop that arguably hadn't been pushed forward since David Byrne and Brian Eno's My Life in the Bush of Ghosts.


Kid A also allowed bespectacled hipsters who were way-too-Wilco to be caught dead listening to Hooverphonic a way to hear beats and blips they otherwise couldn't have accessed. So, uh, there's that.


2. The Flaming Lips — The Soft Bulletin

While some artists were ending the decade with a party vibe, Oklahoma's previously experimental freaks the Flaming Lips finally popped out of their chrysalis with a highly personal and intimate concept album — about death, mostly.

Couched in an inspired dynamic of lush soundscapes and (virtual) orchestration, mixed with a dash of punk sensibility — one lonely mic on the drum kit — Wayne Coyne's lyrics about the death of his father ("Waitin' on a Superman") and the band's bizarre struggles ("The Spiderbite Song") helped usher in the new age of post-ironic pseudo-sincerity.

For the sake of disclosure, I am a DJ, and was arguably at the height of my "career" during the dot com era. So while you'll have to forgive me a bit of nostalgia and obvious subjectivity in this list's content, if you're in my demographic and think you didn't hear Thievery Corporation at that time — you're wrong. You might have wanted to hear the Dwarves instead, but you heard TC all the same.

There's no use denying the overwhelming presence of DJ-friendly acts and works on this list. But chill music, frisky enough to rock a club or a house party, meant the D.C. duo was a DJ's best friend. And at the same time I can recall hearing "The Mirror Conspiracy" blaring over PC speakers just as much as the Mackies. 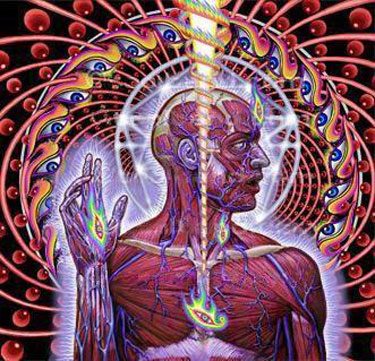 Despite the above statements on the ubiquity and influence of electronica, it wasn't all about blips, beeps and knob-twiddling. There were also plenty of former nerds and misanthropes who still needed an outlet for frustrations that MDMA and getting laid hadn't quite ironed out.

In fact, I remember when this record came out — having almost forgotten the sheer boyish thrill of â€¦ metal! Rock Band was years away, and Hot Topic hadn't started marketing Iron Maiden shirts to 14-year-olds whose parents had barely hit puberty during the band's heyday. So indulgences like Lateralus were still a bit taboo.


However, this album has nothing to do with the adolescent nature of metal of yore. Like all of Tool's music, the art-rock flirting and complex themes and lyrics on songs like Schism make them strictly for grown-ups.

For me, this record represents change.

Personally, it was a time of intense personal evolution and tumult. For Air, it was a complete reversal of the dreamy, kitschy charm of their debut album, Moon Safari. An opiate dream of a soundtrack, it owed as much to Pink Floyd's soundtrack to the film More as anything happening on a contemporary level at the time. "The Virgin Suicides" flew in the face of expectations for the French band, while helping create the moody atmosphere in Sofia Coppola's debut film.

For the ecstasy-driven culture of the dot commers, it presaged the comedown that one must expect when getting so high. Minor keys, dark themes, and no happy ending. It was still only 2000, and we were still sucking on the VC tit. But not for long.

Did Air know something we didn't?

5 thoughts to “Ten Albums That Defined the Dot Com Era”