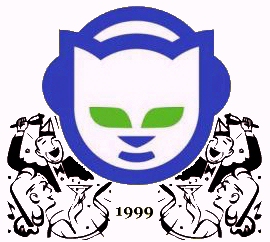 Click Here for Part One
I spent New Year's Eve 1999 at my ecstasy dealer's condo in E-ville (natch), staring at a spectacular view of San Francisco Bay. And even the twinkly bright city sported a patchy waterfront fog like the chin pubes on a 1990s hipster...

I'd spent the entire decade with the same girl, and as we approached the door to an obscene feast of cheese, booze, and drugs — we were stopped short by a pair of very pretty and very fucked up people.

"Oh my god," the gorgeous brunette half giggled, half implored, "do NOT eat the sushi!"

With that they stumbled down the stairs to god knows where. It was only 11 p.m...

We'd arrived late, and thank Christ. The party people were not happy, as Mr. E had generously spiked the catered sushi with liquid LSD. And while I certainly admired the opulence, I couldn't understand why he did it, since he — and most of the kids there — were more about pills and coke. (Plus, I'm not a fan of the Pearl Harbor approach to getting your friends ripped to the tits on acid. Or your enemies.)

It was a great night — despite the grumblings of some who weren't as fortunate as we were in our early warning about the hazards of the hamachi. We watched as the clock struck midnight, ignoring the media hype about a coming Y2K apocalypse, yet feeling on the brink of something.

For me it was huge personal change, good and bad. But because I'm not really a coke guy (well, sure, there's Vegas and... well, you smell what the Rock is cookin') — and because I had to drive us home — I stood out on the balcony of a brand new condo, built and rented with dot-com dollars, the only person there who wasn't on drugs.

What was I thinking?


Like I said before, this list is not in any kind of order. But, sure, placement means a lot, and in Part 1 of this top 10 list, my placement of Kid A in the #1 spot was no accident.

So I've certainly wrestled with this decision again for "Part 2". I feel like the following album is just as top-notch a time capsule for the period as any piece of art or expression. But in the 1990s, if you were anywhere in San Francisco where music was being played — apart from Lucky 13, the late, great Fulton Street Bar, or Zeitgeist — you heard The K&D Sessions, whether you liked it or not. And most MDMA-dabbling, sexuality-exploring, HTML-coding city dwellers liked it.

As downtempo DJ fodder, this record was as necessary to your arsenal as the Bible is to a missionary. As something you'd put on at your place after being up on E all night, it was quite simply perfect. (Not too quiet, not too perky...) As music to bang to, it was even better than Sade. And it holds up easily to this day, embodying the best of what DJ culture had to offer, tastefully, artfully, and not without wit ("Kruder and... Dorfmeister?").

Beck took Prince's advice to heart — to party like it was 1999 — when the year actually came. And he pushed his tongue-in-cheek flirtations with blue-eyed soul to its limit, from the James Brown dance moves to the over-the-top blue-eyed soul wailing on the quintessential nerd ballad, "Debra." It was a stroke of genius for Beck to intentionally counteract the angst of the entire decade in 1999 with a record so giddily fun that it made his previous, Odelay! look practically dour.

It was different than the "K&D Sessions," which was best when coming back from the club/party/Bacchanalian clusterfuck. Midnite Vultures was the record you'd play on your way out while popping the pills or chopping the pills or hiding the pills or maybe even shoving 'em up yer arse (if you had the proclivity to do so).

What I'm saying is that there were lots of pills around...

When compiling this list, I realized I'd almost forgotten about drum and bass. But while it's rare to hear this genre in its "pure" form these days, its influence can be heard in dubstep — all the rage this year — and on the London scene with acts like Joy Orbison. And at the turn of the millennium, drum and bass was a bold new form that embraced and exploited technology. In fact, it could not exist without it.

What was fascinating about drum and bass out in the clubs was how it cleaved a wedge between dancers on the dance floor. The shuffling, intricate rhythms of d&b aren't kind to the amateur booty-shaker, so you'd get a mix of weed-smokin' head-nodders (raises hand) plus those bold enough and skilled enough to pull some amazing, post-breakdance moves.

Roni Size was arguably as influential as Bukem, but it was Bukem's frequent live shows with MC Conrad that endeared him to San Franciscans. Still does.

You know what I remember about the 1990s? The yuppie fear of car-keying, as gentrification kicked into high gear in former working-class neighborhoods like the Mission and SOMA. The pitched battle between the recently enfranchised and the constantly disenfranchised. The inevitable defeat of the latter.

As a nerdy outsider from a low-income neighborhood, I actually had things in common with both groups, so I tended to stay out of the argument...

One thing I can say for sure, only one of these groups' contingents was listening to the "Rushmore" soundtrack. Mark Mothersbaugh's wittily wistful sensibilities mixed with mild moroseness to create a great soundtrack — not just to the film, but also to long-winded, angst-ridden posts to your LiveJournal. Shudder.

So for you douchebags, here you go. And for the rest of you, I sure hope you enjoyed "Play"ing with me as I reflected on what was — no matter how you slice it — a fascinating era...in music.