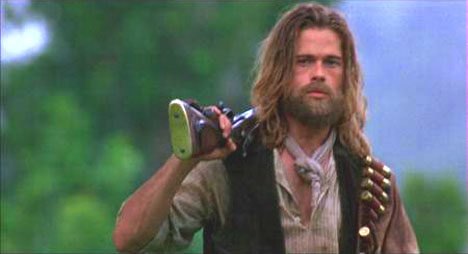 Manhood is in flux.

Until the 19th century and the beginning of the Women’s Suffrage movement, traditional gender definitions prevailed. But as women gradually claimed their share of political power, they were not content with the classic male-work-rational-strong vs. female-home-emotional-weak dichotomy that dominated — and of course they shouldn’t have been.

Men resisted the movement until they could do so no longer. As women took steps to define their own gender roles, men missed the opportunity to do the same. We were left with a confused, ragtag concept of what it means to be a man, defined not by ourselves, but rather by contrasting ideals from two sources — liberated women and posterity.

But most modern men defy these narrow stereotypes, taking pieces of each. So without further ado, I now present to you...

1: John Wayne
The cowboy. Solitary, doesn’t need anyone else, but everyone else needs him to save the day. He is untethered by the world, an emotional Gibraltar. Therein lies his power, and his doom.

2: James Bond
Bond is…almost untrammeled. As a spy, he is defined by his one “weakness,” a desire to save the women who he encounters, and not solely for the sex. It is this chink in his armor, this mite of sensitivity in an environment where it could mean his death, that has made his image an echoing one.

3: Hemingway
Hemingway would pretend to be Wayne, hunting and fishing and eschewing the women for the guys. For Chrissake, he got a special dispensation to hunt U-Boats in the Caribbean during WWII, which really just was him and his buddies getting drunk in pleasant waters. But his manliness, down to his nickname — Papa — was always a bit of trying too hard, always a dodge from the heavy emotions that consumed him. His characters were constantly hurt and refused to show it. He was the sensitive man who couldn’t bear to think it, so tried to cover it up with obscene displays to the contrary.

4: Jason Bourne
As we reach the middle of the scale, Bourne is a twist on Bond. He has that something that many men crave, that surety that every other guy he sees, he can take in a fight. But he’s also a man in search of himself, haunted by his status as an assassin. If you choose to see it that way, he represents a drive towards self-awareness that few action heroes attempt.

5: Harry Potter
Harry isn’t the best wizard. He’s not the smartest. But he is the bravest. He alternates between brash actions that make you cheer cringe, and moments of self-doubt and emotional connection that, well, make you cheer and cringe. He is motivated by the desire to protect, but also for love and family. And, of course, he combats evil. It’s fitting, perhaps, that the balance is embodied in a child, who is less affected by the cultural ideas that can take root in the soul after so many years.

6: Brad Pitt
Right, right. We all know he plays a badass Irish boxer, a secret agent, and Tyler Durden. But let's not forget roles like Tristan in Legends of the Fall. (Sure,Tristan was one of the Knights of the Round Table in Arthurian legend, but the name also means "sad"). And, since hooking up with Jolie, Pitt has actively been trying to change his image from sex symbol to humanitarian aid symbol. That Vanity Fair cover he got so upset about was said by some to be working against this new image.


7: Barack Obama
Obama is a sensitive voterâ€™s fantasy, hitting all the right notes of compassion and unity and hope. He lets us fantasize about the possibility of a President who isnâ€™t a 1 or a 2 like most of those weâ€™ve gotten over the years (particularly from the Republican party). Although he displays a strong chin, he is constantly criticized for his â€œlack of experience,â€ meaning his indecisiveness, lack of definitive policy, etc. In effect, heâ€™s being criticized for not being more like Wayne or Bond.

8: Anderson Cooper
The compassionate anchor. Cooper vaunted into celebrity, of course, with his impassioned reporting from New Orleans during the Katrina disaster. He attracts viewers who want something beyond that dispassionate traditional approach, an anchor with whom they can connect emotionally. His stature, fine features, and blue blood are also not prototypically masculine, but are part of a package that a lot of people find appealing.

9: Danny Tanner
On Full House, he was father and mother, teaching his children about emotions really more than anything else. He was respectable, the kind of dad a lot of people would want. Of course, that didn’t stop everyone from calling him gay to the point that Bob Saget wrote a hysterical song defending Tanner’s heterosexuality.

10: Mr. Sensitive
Just to get the point across, I’m going with a caricature here. In the certifiably crappy movie Bedazzled (whose only redeeming feature was Liz Hurley in shifting, besequined outfits), Brendan Fraser for his wishes switches his personality around in an effort to win the heart of this one girl. At one point, he wishes to be “sensitive,” which just means that he starts crying over crap like the flight of a bird. The lesson I think we’re supposed to take away: some, or even a lot of sensitivity is good, but for God’s sake, be a man!

So now I ask you: is this scale accurate? Is it skewed in one direction or another? Where do prominent figures you know fall? (I think Bush is a 1.)

Ethan Todras-Whitehill is a freelance writer who covers technology, travel, and subcultures. He contributes regularly to The New York Times and several national magazines. He also blogs at crucialminutiae.com.

In high school, and particularly college, I was The Guy Friend. You know, the one who has all those cute girls that heâ€™s not dating whose friends donâ€™t understand why heâ€™s not trying to hook up with them. I was always more comfortable with girls, having grown up effectively with three sisters. And for those girlsâ€”and I think they would agreeâ€”I was great at demystifying the male-female interaction.

Well, I had help. My fatherâ€™s scientific mind had concocted a simple set of laws that relationships seemed to follow. And with my own scientific mind, I developed these laws further. So without further ado, I present to you:

I. CD Equilibrium
There are not one but two CDs in any given relationship, one for each party. When the two peopleâ€™s CDs are the same, congratulations: you have CD equilibrium. You may copulate in peace.

II.1.b Schedule
A personâ€™s schedule can have a substantial, if temporary effect on CDs. If one person in the relationship is exceptionally busy for a certain period of time, and their free time is inhibited, their CD may appear to change for their partner. It does not necessarily change for that person themselvesâ€”they may still wish to spend 50% of all their free time with their partnerâ€”but since the total time and attention paid to the partner changes, it appears to be a change in CD. This will usually result in the partner enacting Pulls or False Pushes.


III. Pushes and Pulls
There are two primary ways in which people behave in a CD Disequilibrium. The general principle is that both parties will seek to change the other personâ€™s CD to match their own.

Typically, the person who has the greater CD (i.e. the person who wants â€œlessâ€ from the relationship) will only use one tactic: the Push. The Push is any action or behavior intended to distance oneself from the other person. It may involve ignoring phone calls, delaying response to text or email messages, or shying away from previously established patterns of affection (sex, cuddling, or verbal affirmations).


IV. Case Study: Yolanda and Howard
Yolanda and Howard have been dating for three months. Yolanda is a lawyer, and Howard is a painter. They meet for dinner a few times a week, see the occasional movie, and sleepover at one or the otherâ€™s house on Sunday and paint each otherâ€™s toenails. They are in CD Equilibrium (I).

Yolanda is happy with the relationship, but sheâ€™s starting to want more. Her CD is starting to shrink, but she does not sense the same happening with Howard. So she begins to Pull (III) on Howardâ€™s CD, dropping hints about rings and babies and puppies. She begins buying toothbrushes and storing them in random nooks of Howardâ€™s house. Howard notices this behavior, and subconsciously begins to push back, trying to lengthen Yolandaâ€™s CD to match his own. He stops returning her calls as quickly and leaves copies of Playboy out in his bathroom. (See Fig. 1.)

But then something strange happens. Yolanda gets hit with a big case at work. Although her feelings about Howard do not change, her time available for him does. Their dinners dwindle to once a weekâ€”her only free night. They stop seeing movies together. Howardâ€™s bottle of Fire Engine Red crusts shut from disuse. Yolandaâ€™s Schedule (II.1.b) has changed her CD, and he now finds himself the vulnerable one. He tries Pulling, sending her flowers and giving her foot massages. (See Fig. 2)

Yolandaâ€™s big case lasts several months. She enjoys Howardâ€™s extra attention but canâ€™t find the time to give him what he needs. But over time, Howardâ€™s CD slowly changes (I.1). By the time Yolandaâ€™s case ends, Howardâ€™s CD is the same that Yolandaâ€™s was before the case. And since her CD never really changedâ€”it just appeared to do so to Howardâ€”when the case ends their two CDs match, putting them in blissful CD Equilibrium (I) (Fig. 3).