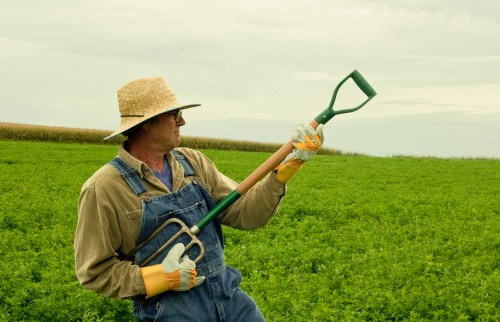 It's been at least seven years since I've been proud of my country. But my countrymen, air guitarists C. Diddy and BjÃ¶rn TÃ¼roque, did all us Americans proud as they represented this great land of ours at the 2003 Annual Air Guitar World Championship Contest in Oula, Finland.

Their road to airy stardom is covered in the hilarious film, Air Guitar Nation, which is opening this weekend in movie theaters around the country. It's a rare thing these days when you get to have some pure, unadulterated, goofy-ass fun. If you think the spirit of rock is dead, go see this movie. It's the most fun that you can have without the sex and the drugs.

RU SIRIUS: Alexandra, did you have an epiphany about air guitar that made you want to make this film?

ALEXANDRA LIPSITZ: Epiphany hmmmâ€¦ is that like a new model from Gibson? Yeah, kind of. I had been shooting the competiton for two years for the Magical Elves and US Air Guitar. We were going to make a TV show. It was not getting picked up so I said let's make a Doc. Everyone agreed and we were on our way.

RU: A lot of people think of air guitarists as losers that you can laugh at. But I think something else comes across in this film. What's your take on that?

AL: What is my take on air guitarist being losers? Well, in competitive air guitar someone has to win and, yes, someone has to lose. So I guess there are losers in the bunch. My experience with the folks attracted to air guitar has been very diverse. Usually the people are pretty smart, funny and creative. Sometimes they are completely nuts. I love them all.

RU: I thought all the air guitarists were really charming. In some ways, they re-awakened my love of rock and roll in a way that the musicians themselves might not. It's innocent fun, yes?

AL: There is nothing innocent about these folks. They are the fun in DysFUNctional.

RU: Diddy, you had the momentary rush of stardom. Do you still feel like a rock star?

RU: As you were shooting and editing the film, did you find yourself thinking like one of the judges? Did you agree or disagree with any of their opinions?

AL: I think the judges in 2003 were awesome. I think Bjorn Turoque may have been misjudged a bit, but thank god he was, the story was improved by it. I have seen some poor judging in the years following though. In 2006, we had a huge scandal with the judging.

AL: The Judges were a bit confused. So there was a controversy as to who was the champion, and they had already given the trophy to Hott Lixx Hulihan. It was a travesty and the air guitarists rose up and told them to screw themselves. It was beautiful and I will start the Trilogy with this scene.

RU: Damn, I hate injustice! Actually on my way to watching the film I thought â€“ what if instead of the film being fun, it was actually full of pathos. It's not. It's fun. But BjÃ¶rn TÃ¼roque does provide a hint of pathos. (I'll leave it at that, so as not to be a spoiler.) But then he got to close out the film with a cool song!

AL: He actually did the score! He is an awesome musician! We could not get the rights to some of the songs he air guitared to. So he had to watch himself air guitaring to a song and write a new song to match what he was air guitaring too.

RU: Diddy, you're into theater. How does your talent for air guitar relate to your theatrical talents?

RU: Last question. You had about three seconds of some guy playing air guitar on his dick. Was that just irresistible to include, and should I assume the film is not rated? And who is that guy?

AL: The film is rated R - because America is afraid of saying Fuck and seeing dick. It is ridiculous. Just today I was speaking to a very smart 5-year-old who had been to the film's opening night in LA. I asked him what his favorite scene was and he told me the man playing his pee pee. So there you go. What does the rating system really know? Also, to see the full performance of "Rival Man," please buy the DVD. It is truly awesome.