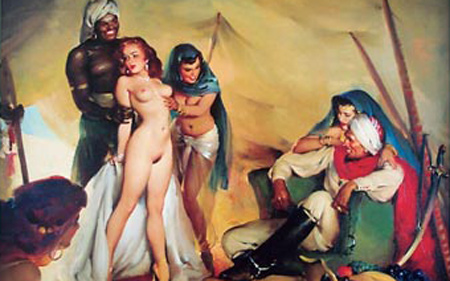 Rape laws â€™round the planet are also perplexing — the ugliest legislation exists in Latin American Catholic countries that exempt rapists from prosecution if they marry the victim. (Many raped women are pressured to wed their attackers because they're seen as "shamed" and "unmarriageable" after they've been penetrated.) In 1997, Peru repealed this rape-escape clause, but it smarmily lingers on in the skewed court books of Argentina, Brazil, Chile, Colombia, Costa Rica, The Dominican Republic, Ecuador, Guatemala, Honduras, Nicaragua, Panama, and Paraguay.