It all started in a desert. In a vast landscape with weird buttes and ancient Indian petroglyphs, a friend described a strange film-maker (and local legend) with his own weird story about selling videos on Amazon.com. Will Chase is a deejay, an artist, a Burning Man devotee and a former schoolteacher with a DUI. And yet somehow he found himself filming a surreal series of intentionally meaningless videos called "Bikini Hot Tub Girls."

But the final push came that Christmas, when Chase learned one of Netflix's most popular videos was just footage of a burning log. Seething, scheming, his mind wandered back to that last good laugh. And besides, Amazon.com had already instituted a strict ban on pornography in their online video store.

As a serious film-maker, Chase was aware of film's like Koyaanisqatsi and the concept of "ambient video" — so that's how he approached his new project. "Part of the set-up was to draw a distinction between near-nudity and pornography," he confides. If nothing else, it could become the kind of story that you'd later tell your friends at the bar. There was no money involved of any kind — at least, not upfront. But Chase offered to share 10% of whatever money the videos would ultimately end up making with the women who appeared in his films.

And once the camera started rolling, the women he filmed "could do whatever they wanted — so long as they didn't do anything to sexualize the content. "

"Some merely sat in the tub. Some played to the camera. You get the idea..."

So what happened? "As of this typing, Western Civ is doing okay, but we're not squeaky-clean, either."

The videos eventually did make their way into Amazon's Instant Video store. ("One bikini. One Hot Tub. One Girl," read the description on Chase's first "bad porn" video on Amazon. "The perfect ambient film for your next party!") But there was never any advertising. Instead Will left his fortunes solely to the whims of random Amazon searches. And in a lucky happenstance, when you searched Amazon's video store for "hot tub," Will's videos original occupied five of the top 10 slots. For a while three of them were even in the top 20 results for bikini videos (just above "Dr. Goldfoot and the Bikini Machine.")

And the punchline to Chase's prank was provided by outraged consumers who took the time to type out their dissatisfaction with his "Bikini Hot Tub" video offerings.

"This was very very boring. She just sat on the edge of the hot tub most of the time and text with the cell phone."

"I was very disappointed... All the film does is shows a girl getting into a hot tub while she drinks and checks her cell phone..."

One viewer even titled their review "One Star" — adding just two words in the review itself: "Stupid pointless". ("Verified Purchase!" Amazon reminds you, also asking: "Was this review helpful to you?")

The review below it is titled "Two Stars," with the review itself consisting of just one word: "boring." ("1 of 1 people found the following review helpful," says Amazon — calling this their most helpful critical review.) The longest review was 11 words, with a title complaining that the video is "A Tease."

"The start was promising, but later it was just a disappointment." 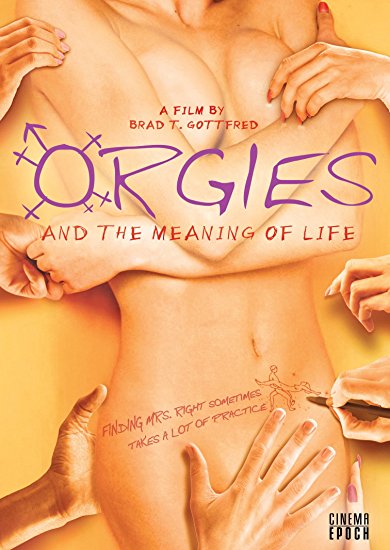 "Not great," complained one reviewer on Amazon. "I never should have let my husband pick a movie..."

"This is a video of a woman in a hot tub, like in an apartment complex, with her bathing suit on. That is it. Nothing more than described. She doesn't say a word. She doesn't act in desirable ways. She just sits in silence and watches things off camera...

ZERO stars if possible - however, they deserve one star for getting me to pay for it. 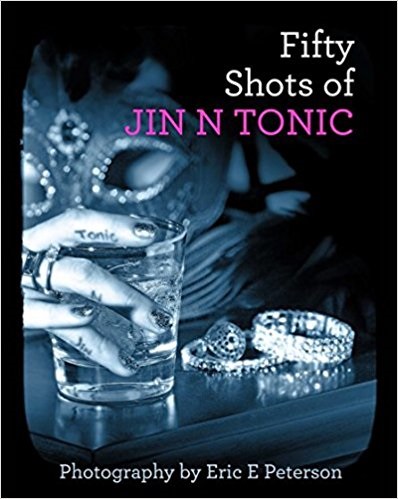 The last time I checked there was just one review of "Bikini Hot Tub Girls - Episode Eight: Jin N Tonic," but it went into a surprising amount of detail into why he awarded the film exactly two stars. It concluded with the words "If the producer and amazon had to give me a nickel every time I was disappointed while watching this film, I'd have 39.7 nickels."

But surprisingly, there was then even some discussion about his review — in the form of two comments.

This definitely proves a point, but I'm not exactly sure what.

Will also remembers the day when one of his models didn't show up — and, well, the show must go on. So Chase himself climbed into the hot tub — along with his cameraman — and released the resulting footage as "Naked Hot Tub Guys: Roundfellas."

"There are no customer reviews yet," Amazon points out helpfully...four years after the video was uploaded.

Alas, all good things must come to an end. "Hello," began a fateful email Will received from Amazon in October -- after over two years of trolling their customers.

Will pushed back. "Exactly what specific Poor Customer Experience issues are the titles having...?" he inquired. Why were his videos good enough to sell for two years -- but suddenly not got enough to continue selling? "Please advise..." Will ended his email.

And then Amazon lowered the boom.

"We reserve the right to determine what content provides a poor customer experience. Weâ€™re unable to elaborate further on specific details..."

Though Amazon is still selling the DVD versions.

And after watching it, I laughed when Amazon sent me their standard follow-up e-mail.

Subject: How many stars would you give 'Bikini Hot Tub Girls - Katie'?

There's a rather stunning surprise plot twist at the 12-minute mark. You'll never guess what it is. A naked man walks in, and....hands Katie another glass of beer. There's a black circle censoring his private parts, and he instantly turns around and exits the way he came in. Katie turns towards the camera, lowers her glasses with a slight smirk, and then — goes back to drinking her beer.

But Bikini Hot Tub Girls #2 - Katie isn't the worst movie I've ever sat through. (That would still be Gigli...) There's no pretense, no overwhelming musical soundtrack, and certainly no violence or gore. (Or, really, any action of any kind...) It's almost like a parody of the whole online media world. I want to call it a surrealist project. Or am I just being one more chump?

I feel kind of sorry for the bikini hot tub girls - condemned by society's obsession with beauty to be trapped alone and silent In an empty hot tub. Their purgatory is this endless half hour. While a naked man brings drinks.

"My head was sort of in and out during shooting," Katie told me later in an email interview. (Although she acknowledges that "Part of the time I just sat there thinking 'this rocks.'") But yeah, she was also aware of the strange undercurrents that they were playing with.

"It was a project that really did make me think quite a bit about objectifying people and the intense focus our society seems to have on sex... I like the finished product... I can't say I look back and regret it. It was a fun way to kill an afternoon and I still think the idea is amusing."

So maybe it was a kind of weird solidarity that made me watch it all the way to the end. (Katie steps out of the hot tub, grabs her water glass, and walks away.) The camera lingers on her as she recedes, and then the film ends, with a title card thanking the brewery who provided a keg. It makes me think I'd like to see someone do a movie about Will's life. Unemployed Idaho schoolteacher, filming "Bikini Hot Tub Girls" — a hometown hero getting support from at least one local business.

Now all that's left is the legend...

Will has actually watched people at a party when someone's slipped his movie onto their TV. One by one, their eyes start to gravitate to the footage of the woman sitting alone in the hot tub. She's just sitting there — what is this thing? What can possibly be about to happen next? It's like something Andy Kaufman would do — an experimental film with no plot or resolution whatsoever.

But if so, it's kind of inspiring that for one weird moment, they were watching a blonde American woman relaxing in a Boise hot tub — and that somehow, it became its own little cultural earthquake. I asked Chase if he been trying to penalize people who are looking for pornography, and he joked that "If I happen to be 'punishing' porn-seekers, I'm good with that."