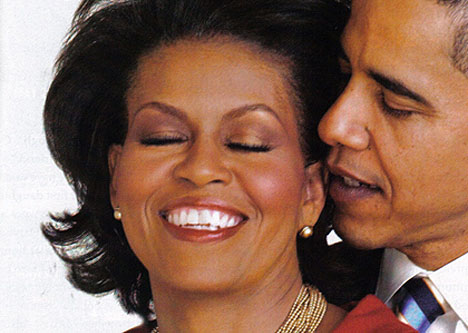 So while most of the media are content to pretend to quibble about issues, we've decided to assess the fledgling campaign the only way it really deserved to be qualified â€“ by rating the Top 5 CWILFs of the 2008 presidential race!

Madonna mia! I'm a sucker for Italian broads, so in some ways I like her more than some of the others. But, she's guilty by association, so the fact she's willing to be with this skeevosa makes the baby Jesus cry. What can you say about a guy whose own daughter didn't tell him she was accepted to Harvard, and who publicly endorsed Barack Obama just to spite him? But more on her later â€¦ 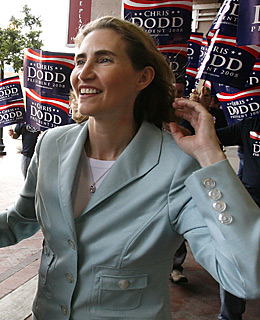 The hotter of the two (!) Mormon candidatesâ€™ wives. And you never know about those magic underwear â€“ everyone assumes that these must be granny panties, but since nobodyâ€™s talking about it, they could have modernized them into thongs or bikinis. And the fact that she managed to make her husband forget about dating the likes of Bianca Jagger and Carrie Fisher (in her hot Jedi days) says something, right?

Oh my, forget about the historical implications of Barack in the so-called White House, how about some hot chocolate in the Oval(tine) Office? Some bootylicious lovinâ€™ in the Lincoln Bedroom? Is that even irony? Iâ€™m not sure, but Iâ€™m into it. The fact that sheâ€™s no wallflower (sheâ€™s described herself as having a â€œloud mouthâ€) only makes my hardened wood petrified. 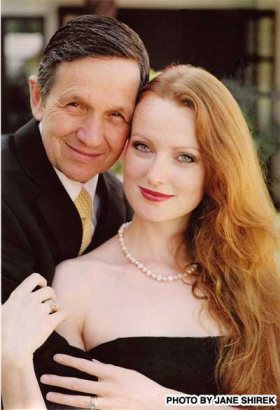 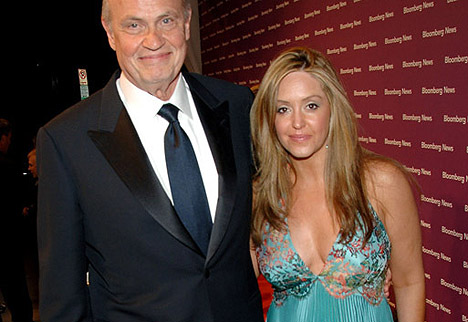 Okay, heâ€™s actually more of a CHILF, and I certainly donâ€™t wanna fuck him, but Iâ€™m amazed by how many girls consider this guy an unqualified, no-questions-asked panty-dropper. Issues of age, infidelity, even politics fly right out the window. So for the love of god, if Hillary wins, somebody keep him away from zaftig Jewess interns, will ya? Also: can a First Gentleman be impeached? Pray for a Democrat-controlled Congress.

I decided not to make a separate list of candidatesâ€™ daughters I want to fuck. Not because that would be â€œwrongâ€ (please!) â€“ only because I couldnâ€™t come up with a cool acronym. CDILFs? Doesnâ€™t work.

But I can't resist calling out the previously mentioned Caroline Hanover (Giuiliani) and Meghan McCain, whoâ€™s just about the complete opposite of Hanover. McCain is accompanying her father on the campaign trail, maintaining a blog, and looking like the hottest prospective First Daughter since, um, the last REAL one. (Yes, I'm the father of Jenna Bush's baby. There you have it. Though she told me girls can't get pregnant that way.)